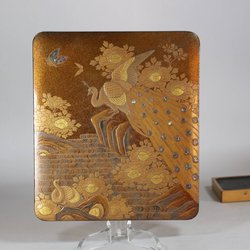 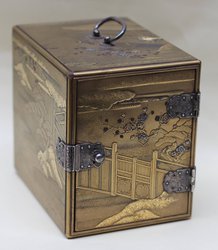 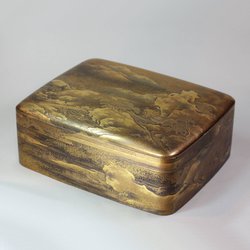 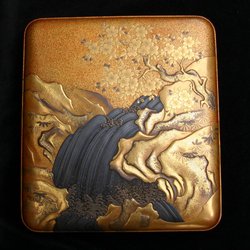 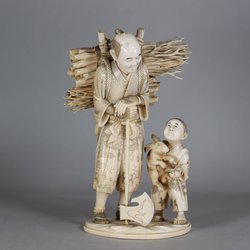 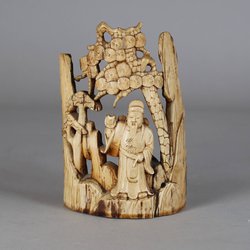 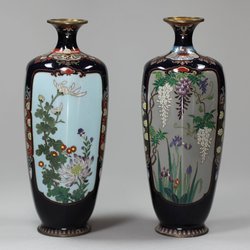 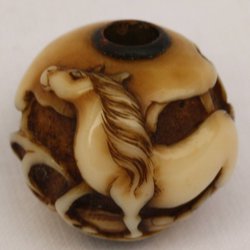 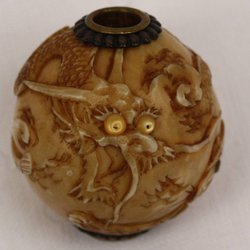 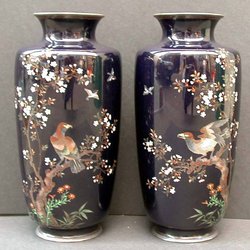 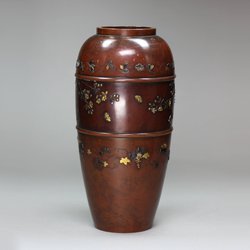 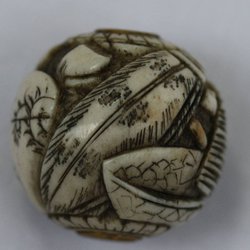 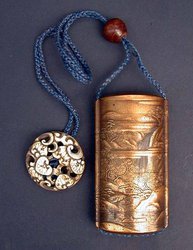 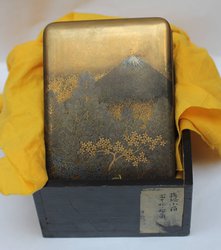 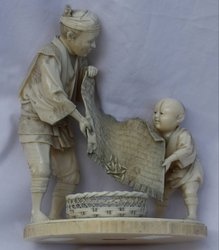 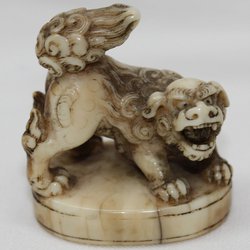 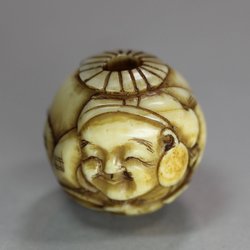 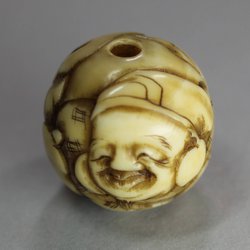 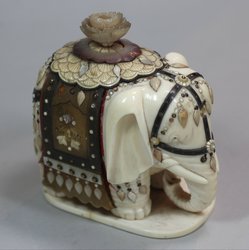 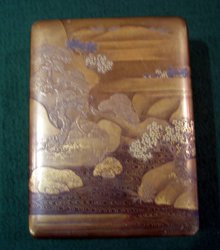 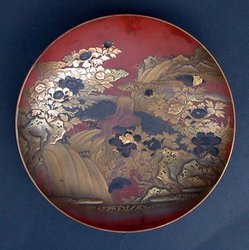 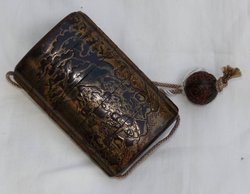 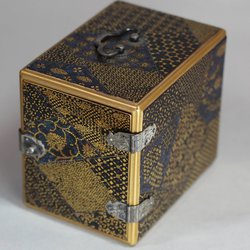 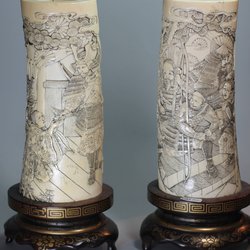 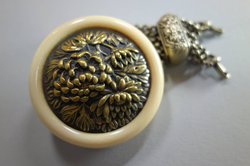 Cloisonné is an enamelling technique which involves using very fine wire to create a pattern, which is then filled in with coloured enamels before firing and polishing.

Traditionally, cloisonné enamelling had been used in Japan for the decoration of sword fittings and architectural elements. However, its wider use in the decoration of vessels and other small art objects began in 1833, when it is reported that a former samurai from Nagoya produced small enamel wares to supplement his meagre official stipend. By the late 19th century, partly due to the attention Japanese crafts received at the 'world exhibttions' of the time, cloisonné had become increasingly popular: although Nagoya remained the home of enamel innovation and manufacture, production centres were also established in Tokyo and Kyoto. The period from 1880 to 1910 is often regarded as the 'golden age' of Japanese cloisonné enamels, with examples showcasing extraordinary innovation and skill. Designs are intricate and often incredibly realistic, and the buffing of fired pieces results in a jewel-like surface transluceny.