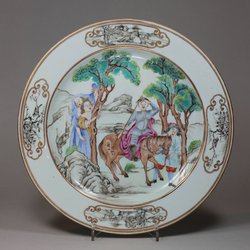 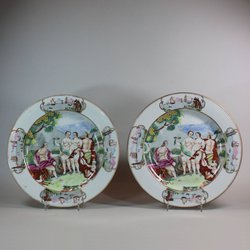 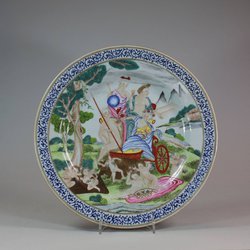 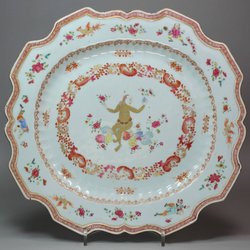 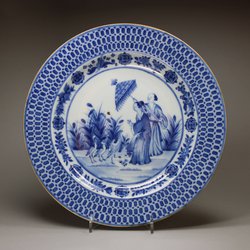 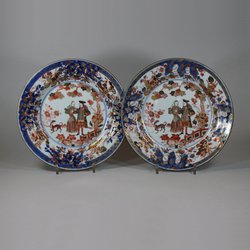 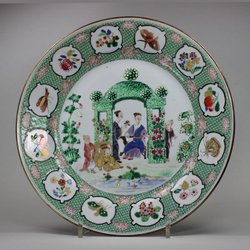 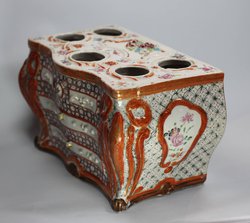 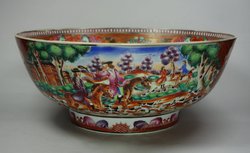 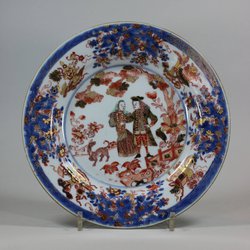 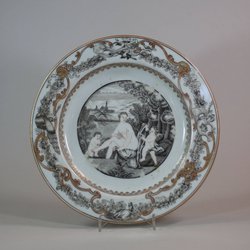 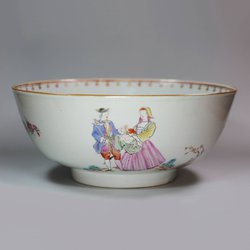 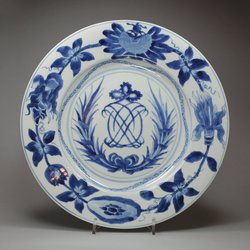 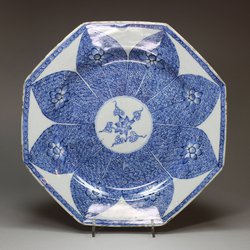 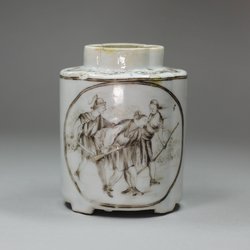 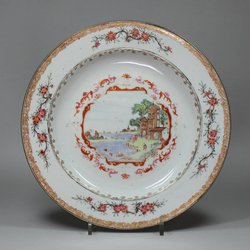 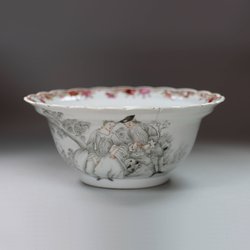 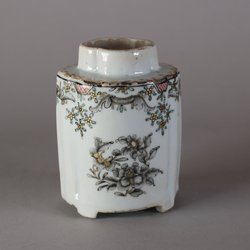 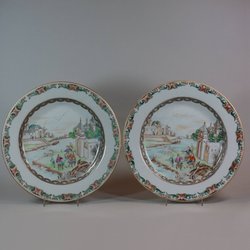 European designs were popular within Chinese export porcelain, and often incorporated scenes from Classical Mythology (such as the Judgement of Paris), the Bible, or contextual historical events (such as the Rotterdam Riots). These designs would be copied by Chinese artists from European prints provided by traders, and it is often possible to trace a direct link between a piece of porcelain and the original source material.

We recommend the following books: