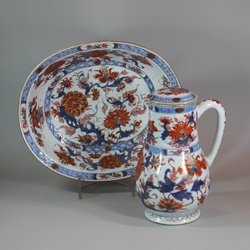 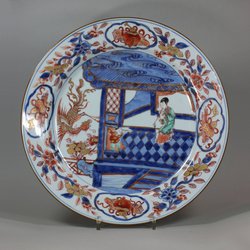 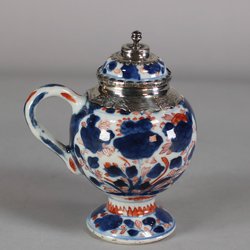 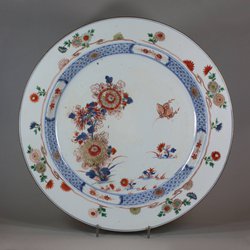 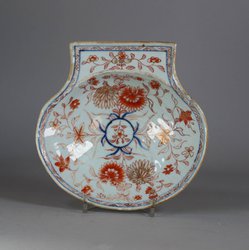 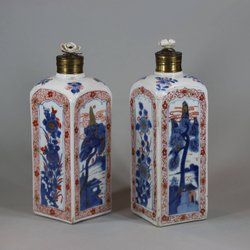 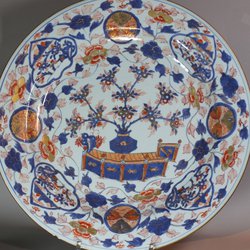 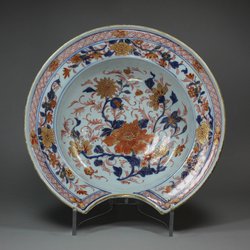 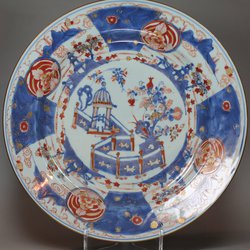 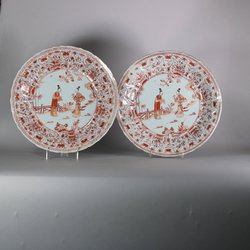 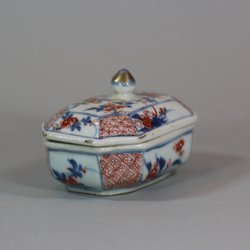 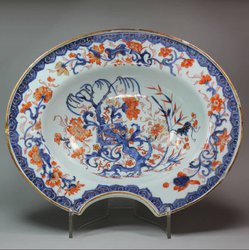 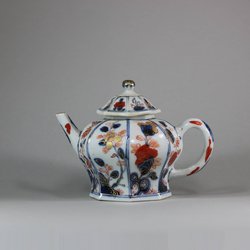 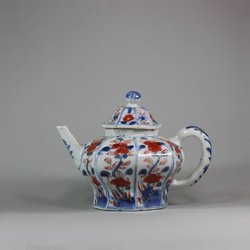 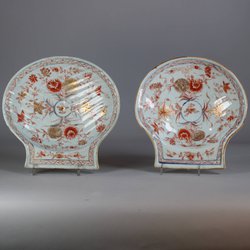 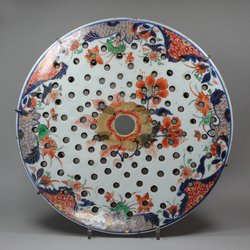 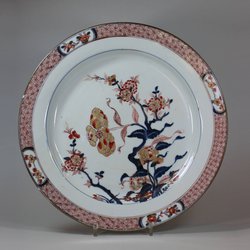 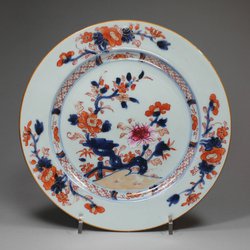 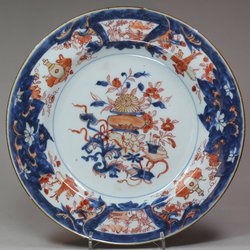 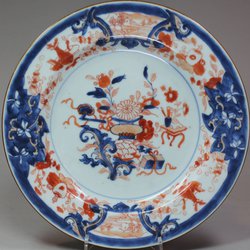 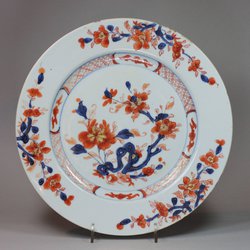 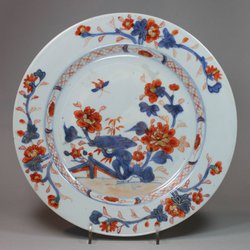 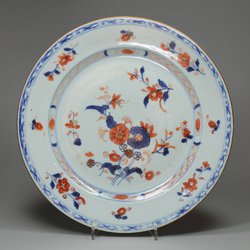 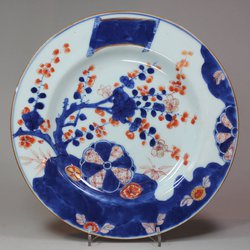 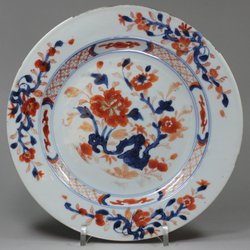 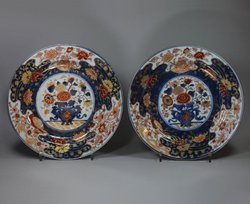 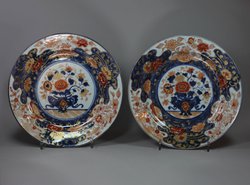 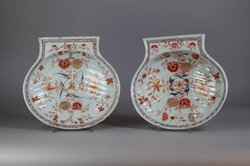 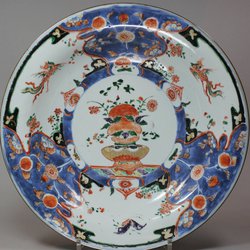 Notes on Chinese Imari Porcelain
Japanese Imari porcelain was first produced in the Genroku period c.1700, and is characterised by the striking use of underglaze blue, red and gilt (although occasionally green enamels were also used). When it came to the attention of the Chinese at Jindezhen that these wares were extremely popular in Europe, they began to produce Imari wares in competition with the Japanese. The first Chinese Imari pieces were produced during the latter half Kangxi period (1662-1722). As a generalisation the Chinese Imari pieces are much more finely potted and have a thinner and more even glaze. The Japanese glaze is often crackled and on the inside of vases the glaze is clearly seen to have run. Furthermore most Chinese Imari has a much finer quality underglaze blue.