This website site uses cookies to track visits to our website. We do not store any personal details.
There is more information about cookies here.
Accept
Antique Russian Icons — Guest and Gray
Guest & Gray 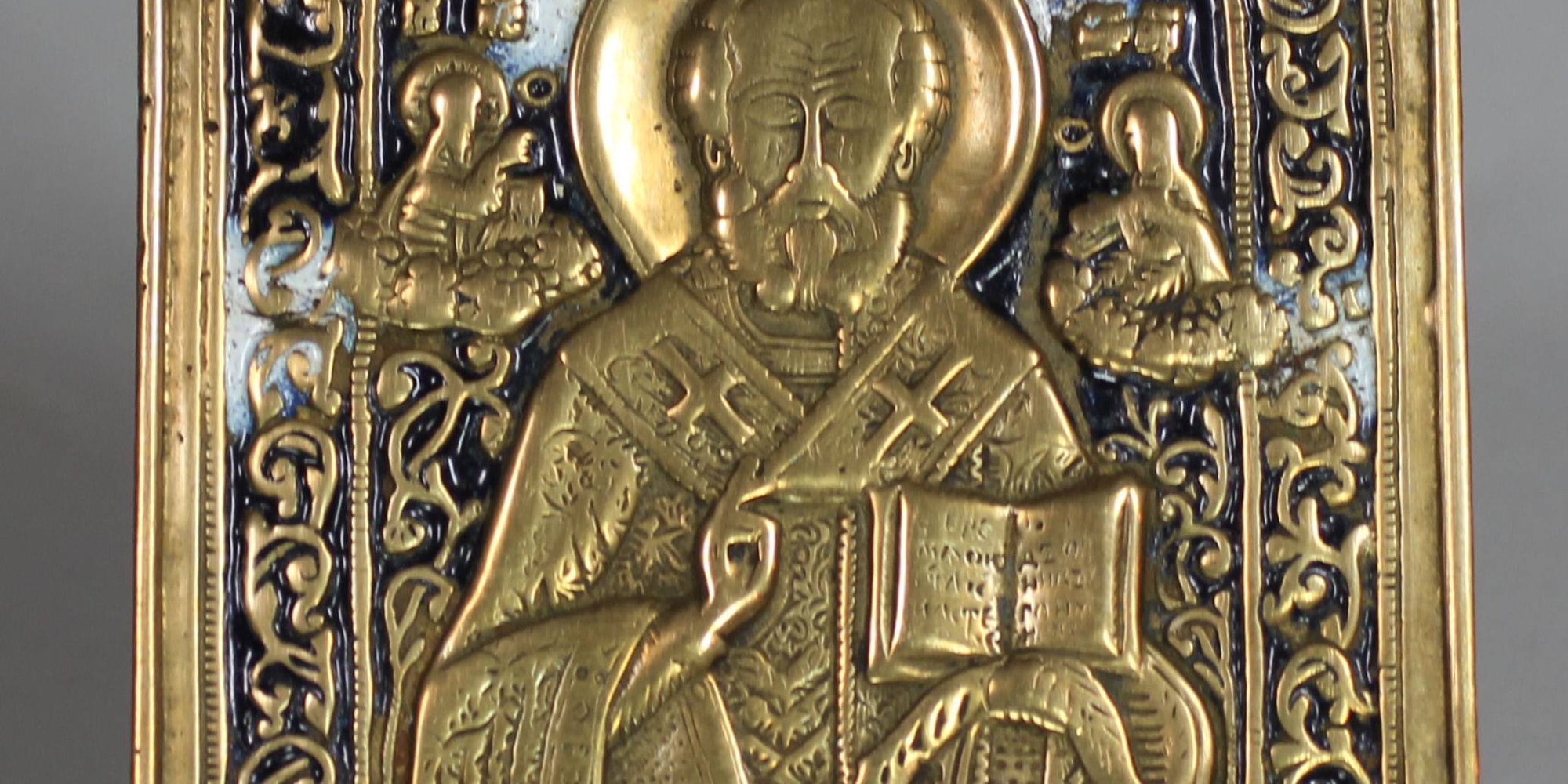 The term ‘Russian icon’ usually conjures an image of icons painted (‘written’) on wood. But icons cast (‘poured’) in copper, bronze or brass, often enamelled in colours, arguably constitute as important a component of Russian religious art, and certainly one that has been central to the lives of Russian Orthodox Christians.

Metal icons originated in Byzantium. The earliest Russian ones were made in Kiev in the 12th century, production moving to Novgorod and Moscow after the Mongol invasions. In the 17th and 18th centuries, their production was outlawed, and largely confined to communities of the schismatic Old Believers, mainly in the Russian North. It increased in the 19th century, again linked with the Old Believer community in Moscow, though there were many provincial workshops also. Production largely ceased with the 1917 Revolution, after which many metal icons were destroyed.

Metal icons occur as single icons, as diptychs and triptychs, and also as 4-panelled icons. Some Kievan crosses were enamelled but enamelling became more common in the 17th and 18th centuries. One or two colours are most usually seen, but the best 19th century Moscow pieces can have up to seven colours of enamel. As with ceramics, quality varies greatly, but the standard of casting (typically using a mould, sometimes with engraving or chasing), and also of enamelling, can be superb.

The iconography reflects (Orthodox) Christian belief, and is similar to that found in wooden icons, albeit more restricted (reflecting what was acceptable to the Old Believers), and so is easier for a non-Russian collector to get to grips with. Typically it includes:

In their very eclectic stock, Anthony and Louise have a number of Russian metal icons and crosses.

The best and most up-to-date book in English is Russian Metal Icons, produced by Tóth Ikonen and available through their website (https://www.tothikonen.com), published in March 2019.